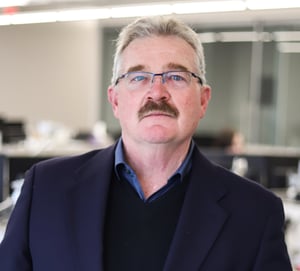 William R. McCabe has decades of experience holding senior leadership positions within many industries. He currently sits on the advisory boards of several companies, including Jarrett. He's also a consultant for many others, helping them deal with issues related to product development, sales and marketing management, brand development, efficient manufacturing and operations and organizational structures.

In 2012, he retired as Executive Vice President of Sales and Marketing at Shearer's Foods, where he was responsible for all of the company's sales and marketing efforts. He joined Shearer's Foods in 2008, after sitting on the company's advisory board for six years. From 1991 to 2008, he worked at Smith Dairy Products Company in Orrville, Ohio. As Vice President, Marketing and R&D, he was responsible for brand and product development. He then became Vice President of Ice Cream and Marketing, a role that had him overseeing all of production. Prior to 1991, he was the Director of Marketing at The Genie Company and held consumer product line management positions at Rubbermaid and Thermos L.L.C. William began his professional career as a Senior Quality Assurance Engineer for Halsey Taylor. He attended propulsion engineering school while in the U.S. Navy and graduated from the University of Wisconsin with a Bachelor of Science in Industrial Technology.

While working within the food industry, William was very active in industry associations. He served as the chairman of the board for the Milk Processor Education Program (MilkPEP, the organization behind the "got milk?" campaign), was a member of the government's Fluid Milk Board and served on the marketing board of the Snack Food Association.

Schedule a Meeting With Jarrett Today

Find out how we can support your logistics management needs.